If you want to receive emails with hints, tips and strategies on how to optimise your life!

‘Money can’t buy happiness’ . . . . . . every time I used to hear this saying I thought whoever wrote that saying obviously doesn’t have any money because I would be WELL happy with a few million quid in the bank! But what if there is some truth to it?

Us working class often get into the ‘I’ll be happy when . . . ‘ mindset which is a very dangerous place to be, and it is the mindset that keeps us STUCK right here where we are. “I’ll be happy when I earn £2000 a month” do you remember thinking that or something similar? What happened when you got there? . . . Nothing! You might of been happy for a day or 2 but it quickly wore off and then your figure was £2500 a month! Or what about “I’ll be happy when I get a new BMW” (insert any other overpriced luxury money pit here) . . . again what happened when you bought it (or got it on finance)? Yep same again . . . . ok this time the happiness lasted weeks instead of days but once the novelty wore off you were back to the same feelings you were left with before you bought the item, be that loneliness, unfulfillment, anxiety, boredom, but what do we do about it? YEEEP you guessed it . . . OMG a new iPhone xxx  . . . that will DEFINITELY make me happy! It’s only one whole months wages, but it has a 100,000 megapixel camera, some processor that I’ve never heard of with lots of letters and digits so it must be good, and some crazy, elaborate editing affects that even a professional photographer would struggle to utilise on a picture of my dinner, or cat!

Do you see how ridiculous these thought patterns are when we type them out? But these are the thoughts that go through our head every single day. We are a marketers wet dream. We have deep routed vulnerabilities dating back thousands of years and they know exactly how to tap into them to make us feel like their latest garbage gadget or product is going to solve all our problems and make us feel whole again. The sad fact about all this though is that by being stuck in this never ending cycle/ negative feedback loop we are actually spending the money that could help us get out of this hole.

The rat race is a game we are all playing by choice! They have laid the rules out, drip fed us the bait and we keep showing up each and every day to play the SAME GAME . . . . but we know how it ends!! Because it ends the same way every day/week/year! So why are we still playing it?

The chances are if you are working class your Mum and Dad and even your Nan and Grandad are still playing it! It gets fed down the generations like a plague! The rich aren’t up there in their ivory towers and we are down here in the slums because of a pay gap, taxes, or because “they were born into it” . . . It’s because they don’t play this rat race game that we are all playing! The rich don’t work for money . . . . and then spend every penny of it on useless junk that goes DOWN in value just to pacify their boredom or insecurities. They make money work for them . . . by investing it into assets and investments that go UP in value!

But back to happiness . . . do you think money makes celebrities happy? Or do you think they are in the same viscous cycle of chasing ‘things’ and objects searching for meaning that we are? They just have more money and resources to throw into this whirlwind than we do which is why they often fall back to the floor with greater momentum and normally land a lot harder. Once their money drys up the game ends! Once the alcohol and cocaine is used up and the party is over, there is nowhere else to run to, they are left with the same empty feelings and insecurities that we all are . . . because we’re ALL human!

We might compare ourselves to each other and think they have the big house, Ferrari, yacht but guess what, none of that brings them happiness any more than the new overpriced car brought me and you happiness! Yes maybe the Ferrari novelty lasted months rather than weeks but do you ever see a rich celebrity with one sports car? They scratch the Ferrari itch and think “yeh that’s brought so much happiness into my life that I never need to buy another car ever again?” . . . Nope! “That Ferrari will make me happy”, “that Lamborghini will make me happy”, “that Bentley will make me happy”. They’re on the same negative feedback hamster wheel that we are only they have more money to throw at it which makes it spin faster and faster.

Studies have shown that up to 50k per year – more money = more happiness in an equal proportion but after 50k the money/happiness ratio starts to drop off rapidly. Why is this? Well at 50k we’ve got the nice house, car, ‘stuff’, food, kids, white picket fence. What happens after 50k . . . A bigger picket fence (and a bigger all the other rubbish too).

So now we’ve confirmed that no amount of money can ‘buy’ happiness because all money can buy is more ‘stuff’ and we’ve looked for happiness in ‘stuff’ already and we know it doesn’t exist or hang out there so where does it hang out? Where can this elusive thing called happiness be found?

Well the problem lies in the wording! Happiness is just an emotion, it comes and goes just like the wind or rain. It’s like the end of the rainbow . . . the more you chase it, the quicker it disappears! It’s like basing your life on the sun, sometimes it’s there and sometimes it’s not. Without sadness or down days there would be no happiness or up days, they are 2 sides of the same coin.

JOY however, now that is something we can all track down and aim for, and joy normally leads to happiness (not always but more often than not).

So what brings YOU joy? I can’t tell you where to find her because it’s different for everyone . . . . some people find her in the eyes of their kids, some people find her at the end of a fishing rod, some find her at the top of a mountain or at the bottom of the ocean but nobody will find her inside ‘inanimate objects’ or on the back of a piece of paper . . . It doesn’t matter how many numbers are written on it or how many pieces of paper there are . . . she’s just not there! 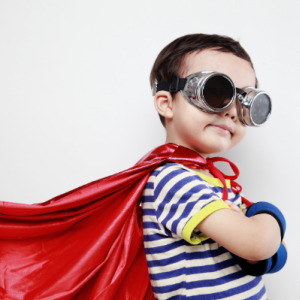 The Benefits Of Barefoot Shoes

You Are What You Eat – LITERALLY

Menu
PrevPreviousWhat Are You Working For?
Next100 Miles Over 100 DaysNext
Subscribe

If you want to receive emails with hints, tips and strategies on how to optimise your life!

The Benefits Of Barefoot Shoes

‘I had no idea most of our lower limb and even back problems are all caused by our poorly designed and fitting footwear!’

You Are What You Eat – LITERALLY

Our body LITERALLY creates new cells with the food we eat. Is it any wonder our bodies develop disease when we only supply our body with junk?

“I’ve lost a few thousand pounds in other investments I didn’t understand along the way too but I just kept dusting myself off and going again.”

“I find it crazy that people have absolutely no idea what their pensions are invested into. If I said to you – give me £300 per month for the next 50 years and I’ll make sure you have enough in the pot see you through your retirement, wouldn’t you want to know what I was doing with your money? You would probably think I was a con man and was just pocketing your cash . . . but that’s exactly what you are doing with your pension!”